What do you do when you have created three hit TV shows, broken box-office records, produced a hit record and sold more DVDs than anyone else in your home country? If you are Kristian Valen, the sky’s the limit!

“If somebody had told me 15 years ago I’d be where I am today, I would never in a million years have believed them! I started out with nothing but an idea. Since nobody in the business believed in me, to get going I had to borrow money from my dad, who was unemployed at the time. I set up my own shows for two nights at the local theatre and prayed for weeks that people would come and enjoy it. The rest is, as they say, history!”

Kristian sold 120,000 tickets, even though the press slaughtered him. “I know as an artist I’m supposed to say that it never bothers me when the press gives me really bad reviews, but of course it does! You just have to accept that you can’t please everyone. Whenever I make something, I don’t even bother trying to impress everyone.”

“Rather than worrying about whether something is “correct” or not, I sit down and think, ‘What would I like to see?’ Art should be enjoyed, not analyzed! If it makes you feel something, then it’s worked.

For me, it’s all about the audience. Without them, I’d be nothing. That’s why once I’ve made something and put it out there, I always give my all to the audience, who have used their spare time and money to see my show. Sometimes people ask me if I get a thrill out of proving the critics or haters wrong. Sometimes I wish I could say yes, but to be honest, I just focus on the positive and the people who enjoy it, because life is too short.” 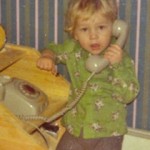 Kristian was born in the Norwegian town of Stavanger. The day he was born, his father Inge won the National Soccer League Championship, so soccer was on the cards for Kristian. He played the game for most of his youth and was Stavanger youth team’s highest goal scorer for three years, resulting in him being hailed as a top soccer talent in Norway. A famous coach called him an “artist on the stage and an artist on the soccer field”.

When he was 17, he quit soccer for good after disagreeing with the style of play the new coach tried to impose on him and the team. Kristian didn’t want to play boring, defensive soccer, he wanted to play attacking, entertaining soccer.

Kristian quickly tired of school because he didn’t see the value of learning something that you will never use. “I hated school from the second grade, but loved the recess. I was also dismissed from class many times because I asked the teachers ‘too many difficult questions’, especially in religion classes.” 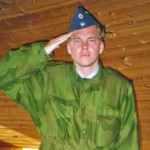 In 1992, Kristian joined the army. “I guess it was fate… I always dreamed about following in my mom’s footsteps and becoming a surgeon. But I hated school, so when the army came along and told me about field surgery and being a medic without 300 years of school first, I jumped at the chance. I don’t want to talk about what we did or what I saw while in uniform, but I regret nothing and I am glad it all happened the way it did now looking back. I learned a lot about life, camaraderie and never to judge a book by its cover. The guy who looked like the meanest mofo in training could be the weakest link under fire. I met a lot of good people and got to both sweat and freeze my behind off.”

After the army, Kristian found himself being the highest rated radio host on the west coast of Norway, on a radio station called Radio-1. This gave him an opportunity to work on his impersonations and characters. “If some sports star wouldn’t take the time for an interview, I just impersonated them and made things up. That got the attention of Norway’s national soccer manager after hearing he had said something about big breasts in a radio interview.” Of course, it was just Kristian making jokes and impersonating him after Norway lost a game. After the media headlines about this “impostor” on the radio, Kristian was asked to perform 20 minutes as a warm up for two of Norway’s biggest entertainers. Kristian took the opportunity, and became the talk of the town.

Moving to the Big and Small Screen

TV producers said that Kristian’s show wasn´t right for the airwaves, but he proved them wrong by writing, producing and starring in his own comedy show, Valen & De (Valen and Them), which became the highest-rated program in TV-Norge´s history. When Valen TV was released on DVD, it became Norway´s biggest-selling DVD of all time. And when Kristian decided to create a one-man stage show, he overcame all doubters to sell millions of dollars worth of tickets – and to release another hit DVD of the production.

He has followed that up with two more hit TV comedy shows, Valen TV and Valens Frokost TV (Valens Breakfast TV), both of which topped TV Norge´s ratings and resulted in more hit DVDs. He has also taken his comedy skills to the stage, with the smash hit shows Fartoy Valen (Valen M/S), Musical Chaos and Faster than His Own Shadow. All in all, Kristian´s shows have grossed over US$30 million – and this in a country of 4.8 million people. 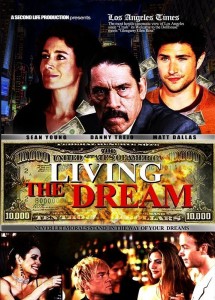 He acted in the film Living the Dream, cast as a bad-boy gigolo against actress Sean Young (Blade Runner, David Lynch´s Dune) and his performance has the Hollywood dream machine asking for more. But Kristian also had his eye on another prize: Fulfilling a life-long dream to write and perform his own music.

With the release of Listen When Alone, Kristian not only realized this dream, he also set another standard when the album went gold within five days of its release. Now passed platinum, and having spawned multiple hit singles, Listen When Alone is both a labor of love and a diary of Kristian´s personal experiences. “I knew that I had to make this record,” Kristian says. “Even though everyone said it couldn´t be done, I knew that there were people out there who would not only buy the album, but would relate to the music on a personal level. And once I realized that the traditional music industry didn’t understand what I wanted to do, I decided to do it on my own.”

On the Celebrity Status 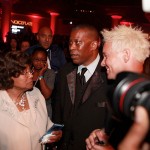 Kristian has never seen himself as a celebrity and still has problems when that word comes up. “I grew up with my dad being on the national soccer team, so to me it was normal that people came up to him and wanted photos and autographs. It is very different with some of today’s reality TV-show celebs, who might find themselves all alone when they are no longer on TV, since that is the only reason they’re known and they’re quickly replaced with the next guy.”

“I have seen how a life in the spotlight can take its toll on marriage and family, and I see now why my mom and dad broke up when I was only 10. Maybe I see myself in my dad’s place trying to show my mom how much he loved her, but yet without taking the time to show his soccer fans how much they meant to him, he might have felt that he was letting down the people that made him.”

“Sometimes it can be hard when you are out with your family, who you haven’t seen in a year, and you get interrupted by strangers who want to say hello or take a photo. But I feel so blessed to be able to do what I do, so I guess my work always comes first and my family have been very open and understanding about this since I left home to tour when I was about 16.”

“The most stupid thing I hear from people who are lucky enough to have an audience and the interest of the press, is when they say they hate the attention and that they can never be alone. They seem to have forgotten that without the people and their appreciation, they are nothing”. 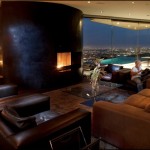 Kristian is currently living in Los Angeles working on different projects, but will not reveal anything yet. “I am just like everybody else. I have good and bad days. When I’m having a good day, I tend to be creative and write comedy, and when I am down, I tend to write music. I’m in a very fortunate spot now without any agent or contracts, so I’m free to go or do whatever feels right,” he smiles.

But we know that he has been in the studio with world renowned artists, meeting with TV and film producers and doing auditions. We guess only time will tell what happens next.